The law of five elements in ancient acupuncture reflects the order, in which the organs in the body become active. When acupuncture treatments are done this needs to be taken into consideration. This article discusses the Quantum Computer in the Subconscious, which works with the waves of our torus shaped NEMF, and through the waves of NEMF rules and regulates all the organs in the body. Based on this, this article offers a new presentation of the ancient acupuncture law of five elements, which consider the shape of the human nonlinear electromagnetic field (NEMF). The torus shape of the human NEMF and its dynamic was presented as two intersecting pyramids one with top up, the other with top down, in dynamic equilibrium. The upsidedown Yang pyramid represents the five hollow (Yang) organs, which are more active (Yang=active). The upright pyramid represents the five solid (Yin) organs, which are less active (Yin=passive). Then the coupled organs with strong functional dependence are on the vertical lines connecting the bases of the two pyramids and the vertical line connecting the two tops.

Keywords: Acupuncture practice; Law of five elements; The acupuncture laws and the NEMF; NEMF and the Quantum Computer

The waves running along the acupuncture meridians belong to the weak nonlinear electromagnetic field (NEMF) of the human body, which is informational in character, and from the subconscious rules and regulates everything in the body. The waves of this field are the basis of the operating in the Subconscious Quantum Computer, which rules and regulates all organs on holographic principle through the waves of the NEMF [3]. (We know this from the fact that the acupuncture points of the whole body are holographically represented on the ears, the palms, the feet, and the irises of the eyes [3]). 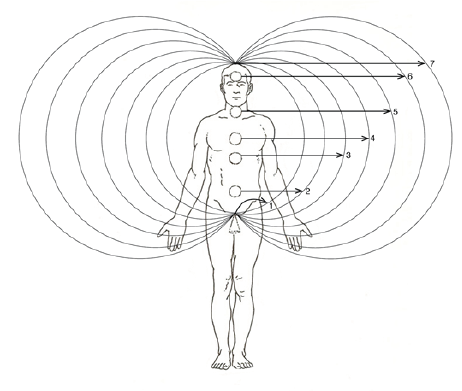 Figure 1:Vertical cross-section of the male NEMF with the chain of alternating vortices and anti-vortices along the backbone and the corresponding to them quantum energy levels

The Quantum Computer working with the waves of our NEMF also allows three-dimensional holographic vision through the mind [3], allows telepathic connection [3], and full intuitive creativity [4]. Hypnosis, which puts the conscious to sleep to allow access to the subconscious, surprisingly found that in a state of hypnosis people could calculate 10,000 times faster [5]. This means that we have in the subconscious a Quantum Super-computer, but we are not consciously aware of its existence. Our NEMF has the shape of a torus (Figure 1) [6]. The six alternating vortices and anti-vortices of this NEMF are along the backbone of our body, which is axis of spinning of the torus. The six alternating vortices and anti-vortices rule the six endocrinal glands and through them NEMF rules and regulates everything in the body. The torus shape of our NEMF and its dynamic equilibrium is what gives us opportunity to interpret in a new way the classical acupuncture law of five elements reflecting the order in which our organs become active

The ancient law of five elements

a. From midnight to dawn the Liver is most active.

b. From dawn to noon the Heart is most active.

c. From noon to evening the lungs are most active.

d. From evening to midnight the kidneys are most active.

Usually in the ancient books [7] a pentagram was used to represent the cycle of organ activity. However, since the ancient books state that the spleen is in the center, in some newer books tridimensional octahedral form was used, which includes the Earth (SP – ST) below, the Heaven (GV – CV) up; the four couples of organs are on the horizontal plane in-between.

The new interpretation of the law of five elements

The torus shape of our NEMF and its dynamic can be represented by two intersected pyramids inscribed in a sphere – one with top up and the other with top down - intersecting at a distance twothirds from the top of the upper pyramid. The two pyramids are in dynamic equilibrium, i.e. pressing more or less on each other. Then the area secluded between the sphere and the intersecting parts of the two pyramids would represent the torus shape form of our NEMF (Figure 2) . The form of Fig. 2 is called Tetragrammaton. It can be found in ancient books, like Zohar [9], as the form of the Creator God, who created everything in his image [10]. 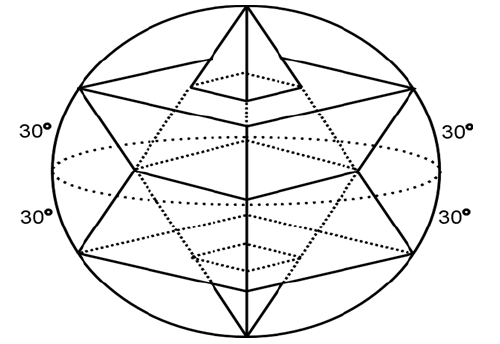 Figure 2:Tetragrammanton – the shape of the Creator God, who created everything in his image

This article offers a new interpretation of the acupuncture law of five elements, which consider the torus shape of the human NEMF, through which acupuncture cures. Acupuncture cures by correcting the regulating mechanisms, which rule and regulate all the organs in the body through the waves of our NEMF. Our Quantum Computer, which works with the waves of our NEMF, is located in the subconscious, and we don’t have conscious awareness that it exists. However, from the subconscious this Quantum Computer rules and regulates the function of all organs. Considering the torus shape of our NEMF, we offered a new presentation of the ancient law of five element used in acupuncture practice