Presents examples of the practice of development of commercial lake fish farming on the basis of land reclamation.

Fisheries melioration of lakes in Western Siberia has significant development experience [1-3]. In the modern period, commercial lakes of fish in the Chelyabinsk, Kurgan, Tyumen, Omsk, and Novosibirsk regions on a number of exploited lakes carry out indigenous and current reclamations that contribute to the increase in biological production of water bodies and an increase in commercial fish catch per 1 ha of water area compared to the traditional fishery extensive fish farming technologies. The main thing is that business leaders and leading experts are convinced tangible benefits of land reclamation used and show increased interest and creativity in the development and implementation of scientific recommendations [4,5].

In particular, 2008, specialists of the SRO - Sladkovsky commodity fish farm began in 2008 to restore and modernize the farm, which worked in the 70-80s as part of the Sibrybproma of the Tyumen Region. And literally from “zero” they achieved tangible results, since the entire annual catch of the local fish - gold and silver crucian on 14 thousand hectares of lakes of the chamois type before the organization of the ATRC in 2008 amounted to only 70 tons. In 2017, the total catch of farmed fish (whitefish, carp, pike perch, pike) exceeded 1.3 thousand tons, of which 400 tons were whitefish, 248 tons carp, 131 pike and 31 tons pike. The catch rates of farmed fish by polyculture on some reclaimed small lakes reach 180-250kg/ha per year. Very important and with great positive consequences, the workers of the SUC expect from a comprehensive amelioration of the lake. 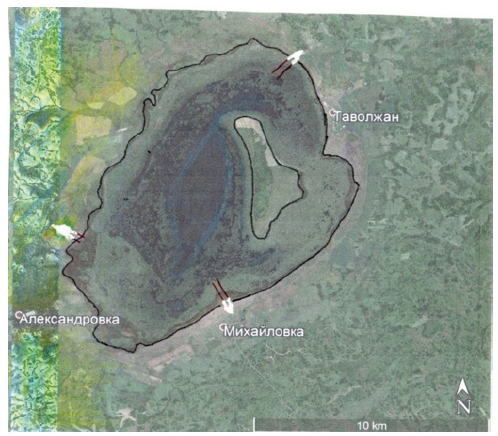 Figure 1: Scheme-plan of Lake Tavolzhan: (white color) indicates the places of construction of canals for the passage of watercraft in three sections of the lake.

The lake’s water in those years was classified by OAAlekina as sodium chloride. total mineralization 11-12g/dm3. Formerly, the lake was characterized by “fish-free”, since according to the information of local residents for the previous 20 years neither gold and silver carp or lake minnow was present. However, 6 years ago, the lake level began to gradually rise annually by 0.1-0.15m, and the total salinity of water decreased to 7.5-8.0g/dm3. This allowed the experts of the SRA to in spring, the introduction of larvae of peled and pelchira (a hybrid of peled and chira) into the open part of the lake, and thanks in advance to dug-out reclaimed canal channels in winter (Figure 2), begin in the second half of summer and in the fall to systematically loosen the bottom sediments of the lake, including the border areas thickets of reeds. 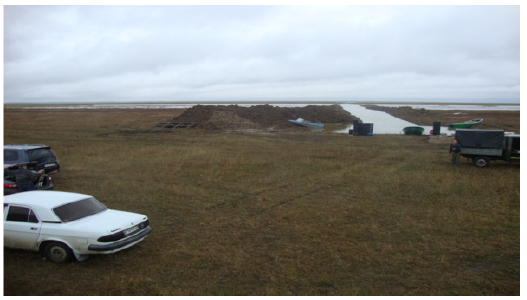 Figure 2: The melioration channel (in open water — for the movement of watercraft; in winter — for the installation of turbo aerators and the capture of whitefish that remain in the process of fishing “in open water”.

Due to the movement of the ameliorative silt cultivator not only through the “open” water, but also along the edge of the reed beds, their area began to noticeably decrease as the wind mixing of the water masses and the migration of the “islands” of the reed increased until their complete destruction (Figure 3). In the first year of the production experiment, it was possible to catch 40 tons of commercial yearlings of whitefish weighing 90–120g/pc with the help of fixed two-barrel nets, and in August-September, the fact of “pursuing” a moving boat with bottom sediment ripper by numerous schools of growing young yearlings of whitefish was revealed.

The fish did not get scared at all by the moving boat with the ripper, because they were attracted by pop-up chironomid larvae, mainly Chironomus plumosus. Similar “ameliorative feeding” of whitefish was also noted on the lakes of other fish farms in the Trans-Urals.

In 2018, the total catch of whitefish in the lake. Tavolzhan amounted to 300 tons, and the water area with sparse thickets of reeds, where whitefish are fed, increased to almost 3 thousand hectares (see Figure 1). In February 2019, thanks to the work of two turbo-aerators with a capacity of 3kW each. The craft of peled and pelchira continued. The technical amelioration of the reed thickets in the Sladkovsky fish farm is planned to be combined with the biological amelioration - the introduction of the grass carp yearlings, the production of which is being developed in local fish nurseries.

A similar approach to ameliorative impact is required for the lake ecosystem. Saltaim-Tenis with a water area of 26 thousand hectares, whose water, in contrast to the lake. Tavolzhan is hydrocarbonate-calcium and with a very slow decomposition of dead cane that has fallen to the bottom of the reservoir. Our ecological and fishery monitoring [6-8] has allowed for a long time to justify and suggest that the Krutinsky fish factory and the Omsk Region Administration introduce efficient biological reclamation of the lake based on continuous cultivation as part of productive fish culturegrass carp. This will greatly increase the fish productivity of a large lake [9]. The bioecological essence of introducing white carp into a pasture polyculture is that amur is actively eating young reed plants and other soft vegetation, turning them into recycled plant fiber, which “fertilizes” the lake with organic matter, optimal for the recycling (disposal) of bacteria. Bacteria multiply their abundance, and also contribute to the growth of biomass and production of organisms of zooplankton and zoobenthos, which are the optimal food for fish zooplanktophages and zoophentophages.

We believe that since the need for a biomeliorator - white carp increases in the Trans-Urals and Western Siberia - the construction of the zonal reproduction complex of herbivorous fish should be accelerated. In Petukhov district of the Kurgan region on the lake. Matasi, with a water area of 200 hectares, a production experiment is conducted on the development and sustainable cultivation of whitefish sturgeon polyculture. Lake Matasy with a maximum depth of 3.5m represents a typical forest-steppe karasevoy lake with sodium chloride water and a sum of ions of 3-4g/dm3.The lake is almost free from hard macrophytes and is characterized by a slight development of soft aquatic vegetation, but with an abundance of gammarus, daphnia magna and other representatives of zooplankton and zoobenthos. Carried out in accordance with zonal bionormativs at the beginning of May 2018, the first introduction of bred fry of sterlet weighing 1.5-2g/pcs. and 3-4-day larvae of peled and its hybrid forms with chir and nelma with high development of the food base showed good results: on October 10-11, the average mass of peled yearlings was 112g, sigon hybrids 140-150g, and juvenile sterlet reached a mass of 320-480g/pcs.

The control fishing of farmed fish carried out on February 17, 2019 showed that the weight of whitefish approached the average value of 180g, and sterlet - 50g/pc. And all this is due to the high natural forage base of the lake. Farm operating Lake. Matasi, uses mini-turbo aeratoy on the reservoir, and proceeds to work on the creation of a satellite reservoir with nursery ponds using the NP Slinkin technology [5,10], and also provides effective protection farmed fish from premature catch. The cultivation of commercial polyculture of fish is planned on the basis of the technology of two years of feeding.

The technology of two-year feeding of whitefish and carp, which was introduced on almost all small lakes of CJSC “Kazan fish” of the Tyumen region, allowed to double the catches compared to the technology of one-year-old commercial fish rearing (Table 1). 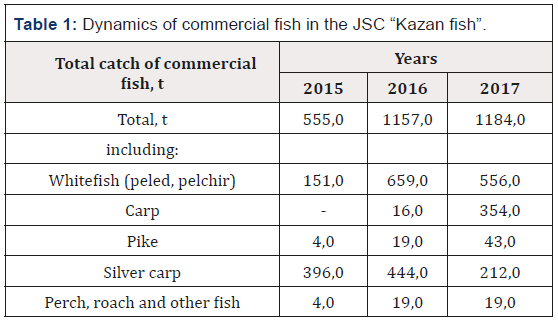 Table 1: Dynamics of commercial fish in the JSC “Kazan fish”.

An analysis of the work of a number of lake fish farms in the Zauralye shows the real benefits and effectiveness of scientificallydeveloped complex land reclamation of lakes of the observatory type, which in their natural state represent low-productive ichthyocenoses and low fish catches. An increase in the total catch of marketable fish can be achieved through the actual provision of viable planting material to objects from hatcheries directly near intensive feeding farms.