Objective: Solid organ transplant recipients are especially at risk for infection by multidrug-resistant bacteria. We aimed to state that high mortality in eight patients undergone liver transplantation and having recurrent multidrug-resistant Klebsiella pneumonia sepsis within the first year after liver transplantation despite given different antibiotic therapies according to the antimicrobial susceptibility tests.

Cases: Our case series include eight adult recipients who undergone liver transplantation in our institute in 2018. We retrospectively reviewed all demographic data by using patient record system. Antimicrobial treatment records of patients were obtained from the hospital pharmacy medicine exits and the nurse observation records. Mean age of the eight cases was 47.25±32. After liver transplantation, intraabdominal abscess and infected bilioma due to biliary leakage developed in all patients. Eight recipients were performed at least once invasive radiologic procedures, such as cholangiography and percutaneous abscess drainage. Total 153 blood culture samples were obtained. Among 87 blood cultures that reported as positive, Klebsiella pneumonia was the most frequent microorganism (%60.91). Twenty-one multidrug-resistant Klebsiella pneumonia sepsis episodes (min 1-max 5) were diagnosed in our cases. All patients were died within one year after liver transplantation.

Discussion: Although given appropriate antimicrobial regimes, multidrug-resistant Klebsiella pneumonia sepsis episodes are one of the most important reason for graft and/or patient loss and also high mortality among the liver transplantation recipients.

Klebsiella pneumoniae (Kp) is one of the common bacterial pathogens in solid organ transplant (SOT) recipients, these infections have high mortality and morbidity rates [1]. Kp strains can produce carbapenemase, these are leading to globally spreading drug resistance and also difficulties in infection control and treating infections. High treatment failure rates have been reported for these infections; mortality rates range from 22% to 72%. SOT, chronic liver disease, dialysis, and cancer are identified as the most important risk factors for acquiring Kp [2]. The sources of these infections originate from biliary tract, urinary system, respiratory tract, surgical site, central venous catheters or wound infections. The choice of an antimicrobial regimen is often more complex than in other patients due to their increased antimicrobial resistance, urgency of therapy, drug-related toxicities, and interactions with immunosuppressants [3]. There is scarce information regarding Kp infection in SOT recipients, just a few case reports of MDR-Kp infection with mortal in LT recipients [4]. We aimed to emphasize that high mortality in recipients undergone LT and having recurrent MDR-Kp sepsis within the first year after LT despite given different antibiotic therapies according to the antimicrobial susceptibility tests.

In this case series report, we retrospectively reviewed all demography of the eight LT recipients by using patient record system. Antimicrobial treatment records of patients were obtained from the hospital pharmacy medicine exits and the nurse observation records.

All patients had undergone LT in our Liver Transplantation Institute in 2018. There were eight patients (five male, three female) with a mean age of 47.25+11.32. Model for End-Stage Liver Disease (MELD) scores of all the cases were higher than 20, and median MELD score was 23.25+1.75 (min 20-max 25). Before the LT, three patients had hepatocellular cancer (HCC), one patient had chronic renal failure (CRF), one patient had diabetes mellitus (DM), one patient had hepatorenal syndrome and one patient previous pneumonia history as a comorbidity. Postoperatively three patients were diagnosed for acute renal failure (ARF) and underwent continuous veno-venous hemofiltration (CVVH) treatment. Additionally, all patients underwent a surgical procedure following LT with a mean of 2+0.76 times. All patients were entubated with a mean of 3.63+2.07 (min 2-max 8) times and MV mean duration was 22.85+16.87 (min 5-max 57) days. Number of hospital admission was mean 4.13+2.23 (min 1-max 6) times and number of ıntensive care unit (ICU) admission was mean 2.75+1.49 (min 1-max 5) times. Length of stay for ICU was mean 47.13+44.36 (min 1-max 145) days and mean 84+75.21 (min 0-max 238) days for hospitalization. Although we gave them different duration and antimicrobial combination regimes based on antimicrobial suspectibility tests and sepsis treatment guidelines, treatment process was failed and patients are died. Their mean survive calculated as 156.5+93.56 (min 58-max 292) days. The demographic data of the patients is summarized in Table 1. 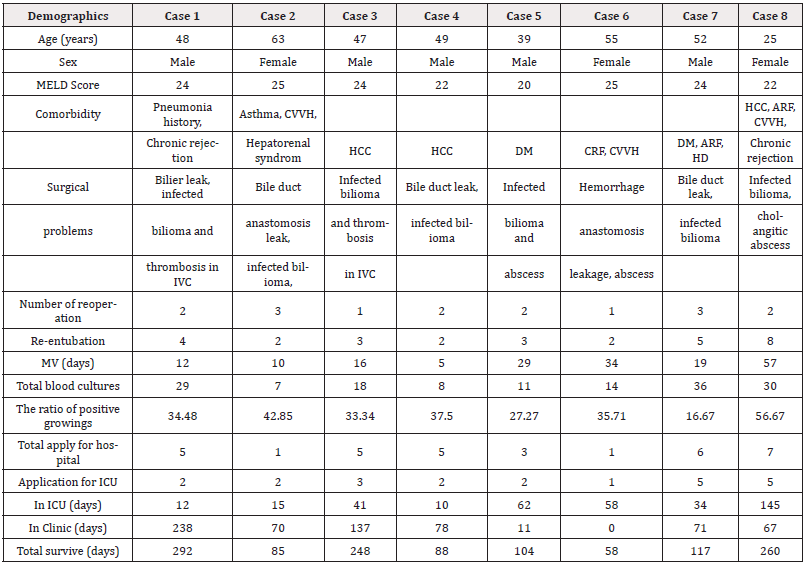 Table 1: Demographical and clinical characteristics of the cases.

Total 153 blood culture samples were obtained. Among 87 blood cultures that reported as positive, Kp was the most frequent microorganism (%60.91). Kp was diagnosed in blood cultures the earliest on 10th and the last on 268th day postoperatively. Episodes were diagnosed in three patients on early postoperative period (initial 30 days) and in five patients on late postoperative period (later than initial 30 days). All of the isolates were MDR, even some of them were panresistant. Molecular analysis all of Kp isolates was not performed. Twenty-one (min 1-max 5) MDR-Kp sepsis episodes were diagnosed in our cases. The microbiologic data and given antimicrobial treatment is summarized in Table 2. 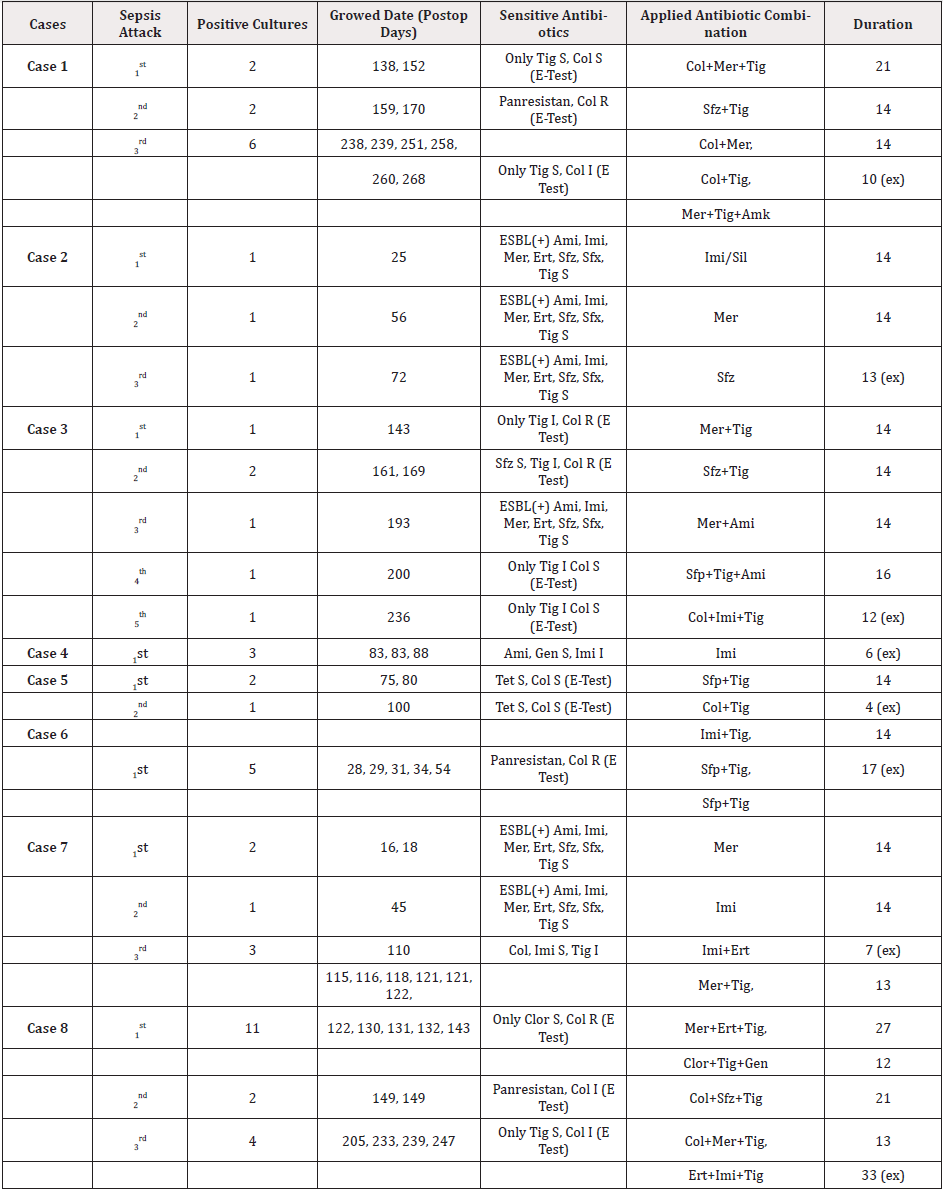 Table 2: Microbiological data and antibiotic treatments of the cases.

MDR-Kp has emerged as a threat to hospitalized patients worldwide and is associated with significant mortality [5]. The major risk factors for occuring sepsis identify as prior antibiotic exposure, prolonged hospitalization, indwelling devices, recurrent surgeries and mechanical ventilation procedures in the LT recipients [6].

According to the criteria suggested by European Society of Intensive Care Medicine (ESICM) and Society of Critical Care Medicine (SCCM) in 2016, the patients having >2 score from [Quick - Sepsis Related Organ Failure Assessment (q-SOFA)], clinically high or low fever, hypotension, tachycardia, tachypnea, impaired consciousness, hemorrhagic diathesis findings [7], MDR-Kp growing in their blood cultures were diagnosed as “MDR-Kp Sepsis”. The date of first positive blood culture was accepted as the beginning of sepsis [8]. It is clearly known that LT is an independent risk factor for the development of MDR-Kp sepsis in LT recipients [9]. In addition, our cases had many risk factors that could have a negative contrubution to the development of MDR-Kp sepsis. There were high MELD score, comorbidities, recurrent entubations, prolonged MV, presence surgical complications such as bile duct anastomosis leak, infected bilioma and intrahepatic abscess, recurrent invasive radiologic and surgical procedures, hemodialysis, CVVH, admission to ICU and/or hospital, prolonged in ICU and/or hospital staying, and long term antimicrobial therapies, respectively.

Over 50% of LT recipients develop Kp bacteremia/sepsis within the first year after LT [12]. In our cases, all Kp growings occurred within the first year after LT, but these isolates were not clustered in a certain date interval, and their antimicrobial susceptibility were quite different from each other. Therefore, it was considered that MDR-Kp sepsis episodes were not an outbreak. However, we elaborated adapting to infection control measures during the episodes. Donors of these LT recipients had no any infection sources.

Klebsiella pneumonia identification and antibiotic susceptibility testing are performed using the Vitek 2 system (bio Me`rieux, Durham, North Carolina, USA) [13] and confirming by classical phenotypic methods and disk-diffusion tests according to Clinical and Laboratory Standards Institute (CLSI) guidelines [14]. Screening for carbapenemase (KPC)-producing Kp with the modified phenotypic Hodge test is performed for isolates that exhibited a minimum inhibitory concentration (MIC) of 2mg/L for ertapenem, imipenem, or meropenem, or a reduced susceptibility by disk diffusion to ertapenem (zone of inhibition diameter 21/mm), as previously recommended by CLSI beginning in January 2008 [15]. During the following after LT, 153 blood cultures were obtained from eight patients who had signs and/or suspicions of infection and positive growing was detected in 87 (56.86%) of the cultures in different dates. Kp was isolated as the most common bacterial agent in 53 blood cultures with positive growing (60.91%).

All Kp isolates were not clustered in a certain interval. These positive Kp growings were certainly not an outbreak, because their growing dates were quite different from each other. However, we elaborated adapting to infection control measures during the episodes. All of the donor cultures taken before the transplant operation resulted in sterile, so these sepsis attacks were considered to be strictly non-donor-induced. Whatever antibiotic combination is administered, unless resource control is adequately provided and the determined changeable risk factors are prevented, the antibiotic treatments will fail. Even if bacteremia attacks are taken under control with effective antibiotic treatments administered at adequate doses and duration, it will be inevitable the development of new attacks with more resistant agents. In our cases, the antimicrobial treatment processes of new attacks that developed with more resistant agents failed and all patients died because of sepsis. However, the factors such as hemorrhage, pancytopenia, unexpected cardiac and pulmonary factors might have been negatively role. A clear distinction could have been made by using invasive protocols such as postmortem biopsy.

MDR-Kp bacteremia/sepsis can be mortal in critical ill patients despite effective antibiotic treatments at appropriate duration. However, comprehensive multicenter studies including LT recipients are needed on this subject.

Nobody have made substantial contribution to this study in terms of design, execution, analysis or manuscript drafting/ revision. This study was not support any firm or person.