In the past several decades, the traditional approach is found to be inefficient because many drug products have been withdrawn from the marketplace because of the unreasonable risks to patients. For illustration purpose, Table 1 provides a list of significant withdrawn drugs between 2000-2010 [3]. As it can be seen from Table 1, most drugs withdrawn from the marketplace are due to safety concern (i.e., unreasonable risks to the patients). These unreasonable risks to the patients include unexpected adverse effects that were not detected during late phase clinical trials and were only apparent from post-marketing surveillance data from the wider patient population (Table 1).

It also should be noted that in the interest of controlling the overall type I error rate at the α level, appropriate α levels (say α1 for efficacy and α2 for safety) should be chosen. Switching from a single hypothesis testing to a composite hypothesis testing, sample size increase is expected.

For illustration purpose, consider the following composite hypothesis that H0 : not NS versus Ha : NS, (1) where represents testing for non-inferiority in efficacy and S is for testing superiority in safety

Derivation of Statistical Test Under the Composite Null Hypothesis

To test the null hypothesis that , appropriate statistical tests should be derived under the null hypothesis. Let X and Y be the efficacy and safety endpoint, respectively. Assume that (X ,Y ) follows a bi-variate normal distribution with mean (μx, μy) and variance-covariance matrix Σ i.e., where

Suppose that the investigator is interested in testing noninferiority in efficacy and superiority in safety of a test treatment as compared to a control. The following composite hypotheses may be considered:

To test the above composite hypotheses, suppose that a random sample of (X ,Y ) is collected from each treatment arm. In particular,

, which is the random sample from the test treatment, and

, which is the random sample from the control treatment, where i.i.d. stands for independent and identically distributed. Let

be the sample means of X in the test treatment and the control, respectively. Similarly,

are independent bi-variate normal vectors, it follows that

is also normally distributed as

For simplicity, we assume Σ is known, i.e., the values of parameters

and are known. To test the composite hypothesis H0 for both efficacy and safety, we may consider the following test statistics

Thus, we would reject the null hypothesis H0 for large values of TX and TY. Let C1 and C2 be the critical values for TX and TY , respectively. Then, we have

Under the null hypothesis 0 H that

, it can be shown that the upper limit of

is the maximum of the two probabilities, i.e.,

,where Φ is the cumulative distribution function of the standard normal distribution. A brief proof is given below. For given constants

and a standard bi-variate normal vector 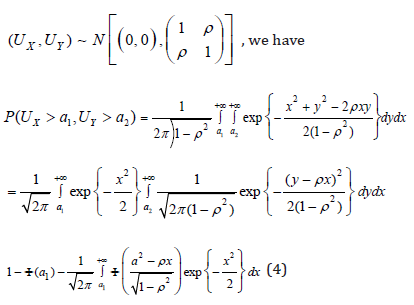 Since the joint distribution of (UX, UY) is symmetric, (4) is also equal to

respectively. Under the null hypothesis H0 that

, it’s true that either

To complete the proof, we need to show for anyε

, and given values of other parameters, there exists values of

such that (6) is larger than

, there exists a negative value K such that when

, it can happen that 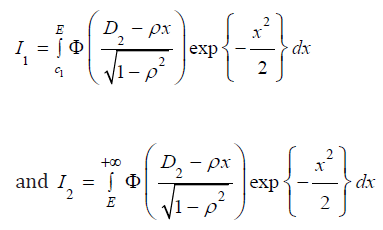 ϵ is chosen such that

.The first inequality holds as the cumulative distribution is always ≤ 1. For a chosen value of ϵ, the argument for ρ > 0 can be applied to prove I1 <0.5 ϵ for sufficient large

. Similarly, it can be proved that

. This completes the proof.
Therefore, the type I error of the test based on TX and TY can be controlled at the level of α by appropriately choosing corresponding critical values of C1 and C2. Denote by Zα the upper α - percentile of the standard normal distribution. Then, the power function of the above test is

which can be calculated from (5) and the cumulative distribution function of the standard bi-variate distribution.

The Impact on Power Calculation for Sample Size

Then, a commonly used test is to reject the null hypothesis 01 H at the α level of significance if TX > Zα. The total sample size for concluding the test treatment is non-inferior to the control with 1 − β power if the difference of mean

and other parameters. For a hypothesis of superiority of the test treatment in safety, i.e., the component with respect to safety in the composite hypothesis, the preceding specified values of type I error rate, power, and

For many scenarios in Table 3, the total sample size N for test of the composite hypothesis is much larger than the sample size for test of non-inferiority in efficacy (NX). However, it happens in some cases that they are the same or their difference is quite small. Actually, N is associated with the sample sizes for individual test of non-inferiority in efficacy (NX) and of superiority in safety (NY), and the correlation coefficient (ρ) between X and Y. When large difference exists between NX and NY, N is quite close to the larger of NX and NY and has little change along with change in ρ . In this numerical study, for NX = 69 and 39 (<< 275), N is mostly equal to 275; for NX = 1392 and 619 (>>275), the difference between N and NX is 0 or negligible compared with the size of N. At the preceding four scenarios, change in correlation coefficient between X and Y has little impact on N. On the hand, the larger of NX and NY is not always close to N, especially when NX and NY close to each other. For example in Table 3, when both NX is equal to 275 (=NY), N is 352 for ρ =0.5, and 373 for ρ =0. In addition, the results in Table 3 suggest that the correlation coefficient between X and Y is unlikely to have great influence on N, especially when the difference between NX and NY is quite substantial. The above findings consistent with the underlying ‘rule’: when the two sample sizes are substantially different, taking N as the larger of NX and NY will ensure the powers of two individual tests for efficacy and safety is essentially 1 and 1 − β , ‘resulting’ in a power of 1 − β for test of the composite hypotheses; when NX and NY is close to each other, taking N as the larger of NX and NY will power the test of composite hypotheses at about (1 − β )2 . Therefore, a significant increment in N is required for achieving a power of 1 − β . 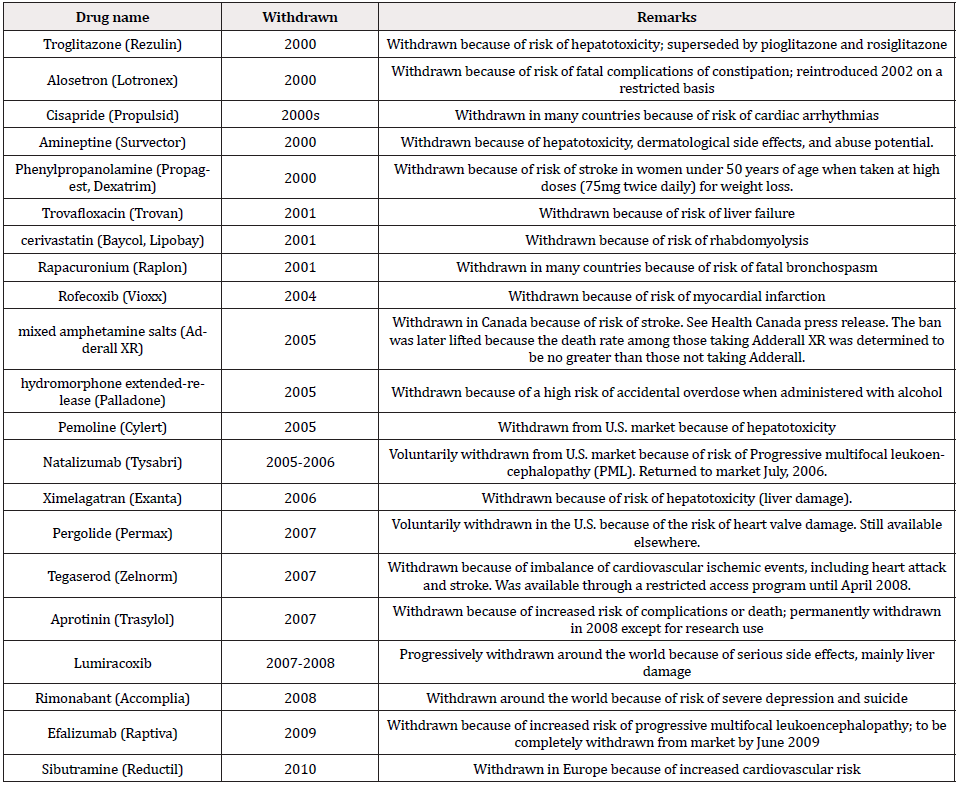 Table 3: Comparison of Sample Size between Tests for Composite Hypothesis and Single Hypothesis.

In clinical evaluation of a test treatment in randomized clinical trials, the traditional (conditional) approach of testing single hypothesis for efficacy alone is not efficient because the observed safety profile could be by chance alone and may not be reproducible. Thus, testing a composite hypothesis which takes both safety and efficacy into consideration (e.g., testing non-inferiority in efficacy and testing superiority of safety as compared to a control) is recommended. In practice, sample size is expected to increase when switching from a single hypothesis testing (the traditional approach) to a composite hypothesis testing for clinical evaluation of a test treatment under investigation.

For illustration purpose, in this article, we assume that both efficacy and safety data (X ,Y ) are continuous variables which follow a bi-variate normal distribution. Statistical tests were derived under the framework of bi-variate normal distribution. In practice, efficacy and safety data (X ,Y ) could be either a continuous variable, a binary response, or time-to-event data. Similar idea can be applied (i) to derive appropriate statistical test under the null hypothesis and (ii) to determine the impact on power calculation for sample size requirement when switching from testing a single hypothesis (for efficacy) to testing a composite hypothesis for both safety and efficacy [5,6]. It, however, should be noted that closed forms and/or formulas for sample size calculation and the relationships between the single hypothesis and the composite hypothesis may not exist. In this case, clinical trial simulation may be useful.