Hepatocyte transplantation is a promising therapy to restore the injured liver function. Currently, donor hepatocytes could be obtained by the isolation from donor liver tissues, the hepatic differentiation of stem cells, including pluripotent stem cells and liver progenitor/stem cells, the direct conversion from other type cells via lineage reprogramming. Here, we review the derived hepatocytes by lineage reprogramming, facilitating the development of efficient reprogramming methods to obtain sufficient functional hepatocytes.

Hepatocytes Directly Converted from Other Type Cells by Lineage Reprogramming

Up to now, many tissue functional cells were generated from other type cells by lineage reprogramming [7]. Induced hepatocytes (iHeps) have been manufactured with the different sets of factors in vivo and in vitro by several research groups. In the process of iHeps reprogramming, the cell proliferation and transformation efficiency were often promoted by immortalization of cells, epigenetic modifications, small molecules and the inhibition of cell senescence and death [8-11]. Hence, the characteristics of low conversion efficiency (less than 1%) and low proliferation may be the major limitations for their translational utilities.

Hepatocytes Generated by Two-Steps: to Derive Liver Progenitor/Stem Cells at First and to Induce them into Hepatocytes Afterward

Hepatic stem cell generated firstly by lineage reprogramming, then being induced to differentiate into hepatocytes

Many tissue progenitor/stem cells were generated from other type cells by lineage reprogramming [19]. We firstly directly converted mouse embryonic fibroblasts to induced hepatic stem cells (iHepSCs), with the capacities of both self-renewal and bipotency of differentiation into both hepatocytes and cholangiocytes, by lineage reprogramming with the overexpression of two key transcription factors, Hnf1β and Foxa3 [20]. iHepSCs kept their normal chromosomal numbers and the bipotential differentiation capacity after being extensively expanded (exceeded 50 passages). Importantly, the extensively expanded iHepSCs could be indued to differentiate into functional hepatocytes efficiently in chemical defined medium [21]. Recently, human fibroblast derived hepatocytes were obtained by this two-step procedures [22]. Compared with iHeps, iHepSCs can be expanded in large quantities and then be induced to generate sufficient hepatocytes for cell transplantation, drug screening and liver tissue engineering, etc. 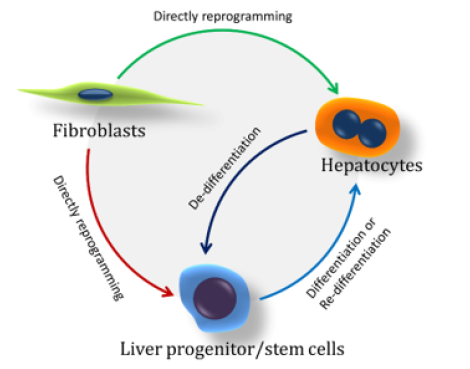 Figure 1: The strategies for the obtention of hepatocytes by lineage reprogramming.

This research was funded by National Natural Science Foundation of China (31771511), and Foundation strengthening program in technical field of China (2019-JCJQ-JJ-068).

The authors declare no conflict of interests.