The use of biologicals is very important in the treatment of mild illnesses ranging from anaemia to life threatening cancers and neurological disorders. These biologics include products such as vaccines, blood and blood components, allergenics, somatic cells, gene therapy, tissues and recombinant therapeutic proteins [1]. However, increasing use of these effective therapies is limited by their costs and accessibility. The expiry of patents of these products created new opportunities for the development of similar biologics (biosimilars) that could offer comparable effective and quality healthcare at an affordable cost [2-4]. To achieve comparable quality, efficacy and safety to their respective originator biologicals, strict compliance with appropriate science-based regulatory standards is essential to approve a biosimilar product [4].

Aim of the Review

To give a present situation of biosimilars and the originators authorized for Marketing in Albania. Issues regarding Law and Regulations, Reimbursement situation.

Legal Basis for Biosimilars in Albania

For the first time the definition Biosimilar was mentioned in Albanian legislation in 2014, Law No.105/2014, 31.07.2014 “On drugs and pharmaceutical service”, amended: A biosimilar is a biological drug that is highly similar to another biological drug which already has a marketing authorization (reference biological product) and has the same active ingredient, dosage form and route of administration as the reference product, for which it is determined through a quality, safety and efficacy program. This drug doesn’t fulfill the criteria to be classified as a generic drug because it differs from the biological drug regarding the ingredients and manufacturing process and for these reasons is not substitutable [5]. The total fee, paid by the pharmaceutical company that has the exclusivity of a certain biosimilar (not an antitumoral one) for Albania is 800€ (100€ prepayment prior to application) and 700€ final payment, after the issuance of Order of Minister. If the biosimilar is designed as an antitumoral drug than the total fee is 500€ (100€ prepayment prior to application) and 400€ final payment, the issuance of Order of Minister [5]. This means that the Albanian Low creates financial incentives only for the antitumoral drugs, and it is not important if they are originators, generics or biosimilars. According to the Decision of the Council of Ministers No. 299, 08.04.2015 “On the regulation for issuing the marketing authorization for drugs and their classification in the Republic of Albania” the requirements for issuing the marketing authorization for a biosimilar in Albania are as follows:
a) Certificate of the Pharmaceutical Product (CPP), according to WHO (original document).
b) Good Manufacturing Practice Certificate (notarized copy) or EudraGMP or from the FDA site, valid in the moment of the application.
c) Marketing authorization certificate/decision from FDA or EMA, or in two countries of European Community or the last amendment (translated into English.)
d) Modules 1-5 in CTD format.

a) Together with the application for marketing authorization of a biological drug, the applicant is required to attach the modules 1, 2, 3, 4 and 5, which contains the information specified in the regulation. Modules 4 and 5 must contain additional information on preclinical and/or clinical trials that are performed, in order to prove similarity of two biological drugs.
b) Additional data (for example: toxicological and other non-clinical documentation and appropriate clinical records), that should be submitted, are determined by the Agency, in the procedure for individual applications assessment, in accordance with appropriate scientific findings.
c) Because of the diversity of biological drugs, the applicant is required for modules 4 and 5 to submit data on performed evidence taking into account the specific characteristics for each biological drug.
d) If the reference drug has more than one indication, the usage safety and effectiveness of biosimilar drug should be explained/justified or if necessary, must be verified specifically for each listed indication [6].

Specific Features of Biosimilars According to EMA

Table 1: Compares development and characteristics of generics and biosimilars [7].

Why Biosimilars are not Considered Generic Drugs

A biosimilar is not considered as a generic of a biological drug. This is mostly because the natural variability and more complex manufacturing of biological drugs do not allow an exact replication of the molecular microheterogeneity. Consequently, more studies are needed for regulatory approval of biosimilars than for generics to ensure that minor differences do not affect safety or efficacy [7]. Generic, or small molecule drugs are produced via a chemical synthesis and are identical copies of their originator drug product. When manufacturers seek the approval for a generic, they must establish bioequivalence tests that deem the two identical. Generic products do not require the additional testing requirement of clinical studies since they do not derive from living organisms, unlike biologics. With generics, the responsibility to prescribe lies with the physician, whereas accountability to dispense lies with the delivering pharmacist. Given the widespread use of generics, physicians are being encouraged to prescribe medicines using their international non-proprietary names (INN), as opposed to their commercial ones. With biosimilars, due to the complexity of recreating a product which is made by living organisms, strict quality, safety and efficacy criteria need to be followed. These criteria include the submission of data from preclinical and clinical studies, among other requirements, to test the degree of similarity to the originator and the consequent safety and efficacy of the final product. Importantly, due to the complexity of the process, different batches of a particular moAb could even be considered biosimilar versions of the moAb given they do not follow a purely chemical pathway but are made from living cells [8]. 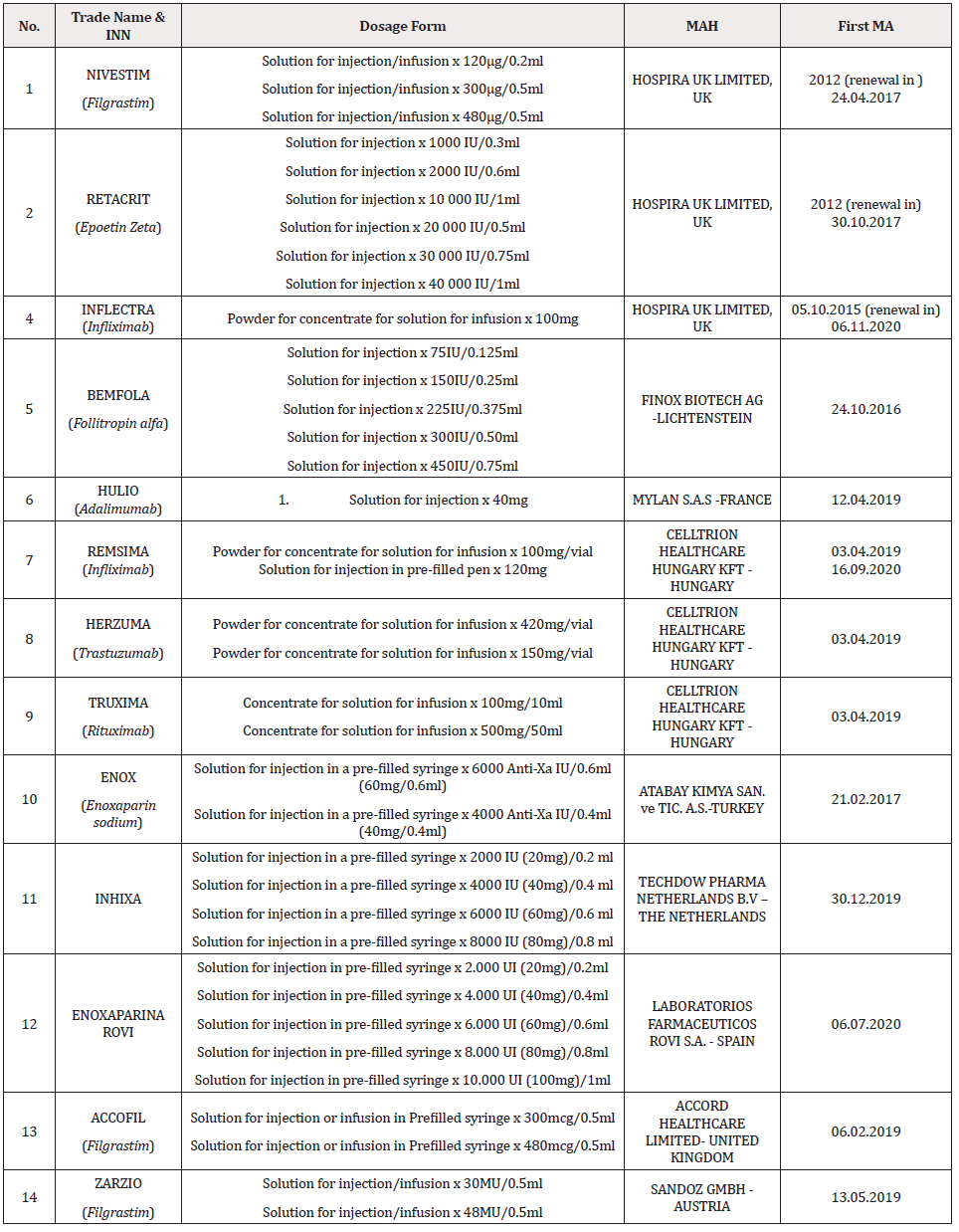 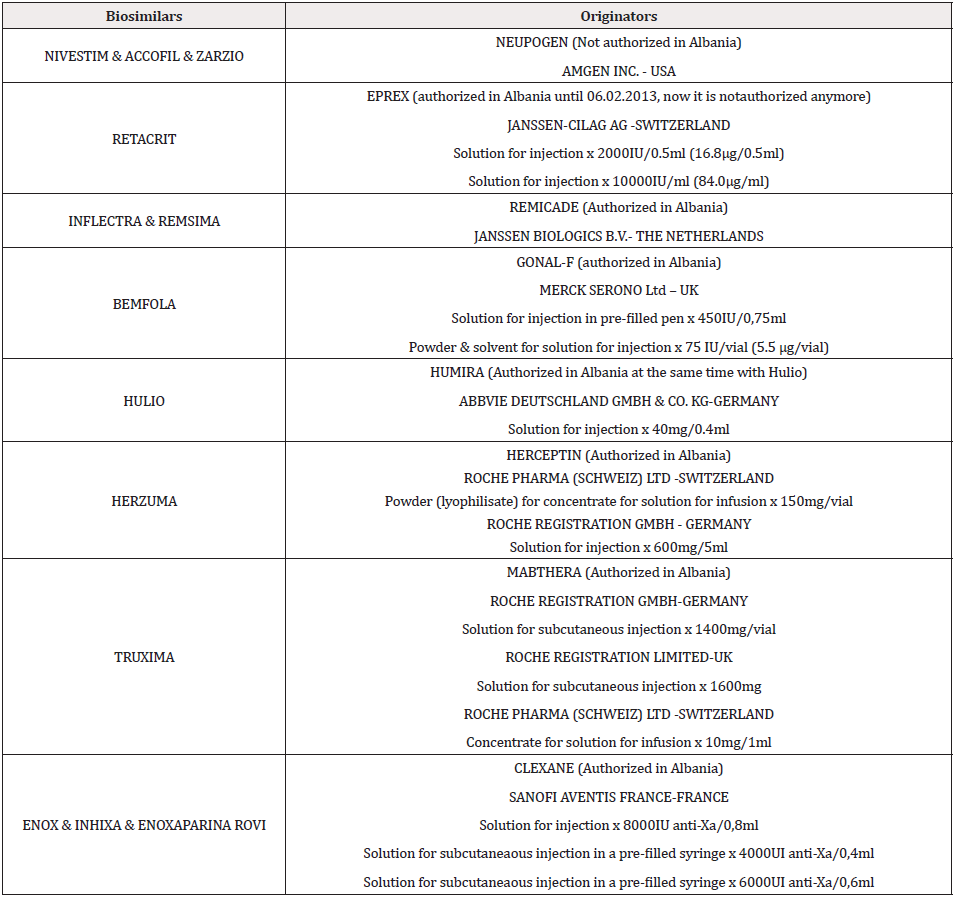 Indication Extrapolation: For prescribers, extrapolation is an extremely important component to the concept of bio similarity. The EMA defines extrapolation as ‘extending information and conclusions available from studies in one or more subgroups of the patient population (source population) to make inferences for another subgroup of the population (target population), or condition or product, thus reducing the need to generate additional information… to reach conclusions for the target population [9]. For a biosimilar product to be approved, it is not always necessary to conduct clinical efficacy studies in every indication for which the reference drug was approved. The biosimilar must demonstrate that there are no clinically meaningful differences relative to the reference drug in a sensitive patient population i.e. a group of patients where any differences between the two drugs are most likely to be revealed. The scientific justification for extrapolation to other indications not studied in the biosimilar clinical programme is evaluated as part of the assessment process on a case-by-case basis, based on the totality of data (quality, non-clinical and clinical data). In line with this the biosimilar may be approved in all indications for which the reference product is approved. This is referred to as indication extrapolation. It is an important concept for healthcare professionals to be familiar with, given that efficacy trials for the medicine may not have been carried out in all proposed treatment groups. However, extrapolation is based on scientific principles requiring specific structural, physiochemical and biological comparability data justifying its acceptance [9,10].

Interchangeability: Interchangeability between biosimilars and reference products is an ongoing area of debate. While prescribing practices are at the discretion of healthcare professionals, it is not recommended that patients are switched back and forth between a biosimilar and the reference drug product.
It is recommended to have consultations between prescribers, pharmacists and procurement staff in relation to deciding on treatment preferences for using a reference or a biosimilar drug [9, 10].

Traceability: There are specific issues surrounding the traceability and pharmacovigilance of all biological drugs including biosimilars. All biologicals, including biosimilars, should be prescribed, dispensed and sold in a way where the product supplied to the patient is clearly identifiable. Similarly all appropriate measures should be taken to clearly identify any biological drug product which is the subject of a suspected adverse reaction report, with due regard to its brand name and batch number. Requirements and recommendations for recording relevant information when dispensing biosimilars, and ensuring the maintenance of product traceability are outlined in the guide [9,10].

Pharmacovigilance and Adverse Drug Reaction Reporting: Pharmacovigilance and monitoring of adverse events are usual components of the authorization process and use of any new drug, including biosimilars in Albania. As is the case for all biological drugs, the clinical safety of biosimilars must be monitored closely on an ongoing basis during the post-approval phase, including continued benefit-risk assessment. Any specific safety monitoring imposed on the reference drug or drug class will also apply to the biosimilar. Reporting of adverse reactions to drug authorities is mandated for marketing authorization holders in Albania. Adverse reactions are reported through a database maintained by the EMA known as Eudravigiilance. Healthcare professionals should also report any adverse reactions they are aware, near the Albanian Agency [9,11-13].

As noted above, a biosimilar is not identical to the reference product chosen. While science and scientific and therapeutic principles play a role in both interchangeability/substitutability and extrapolation of indications, each country has a unique approach, based on national and local laws and practice issues and perceptions. In Albania we have a urgent need for regulations that govern interchangeability/substitutability of biosimilars and the extrapolation of their indications, are also needed administrative processes regarding the substitution of a prescribed product with another ‘equivalent product’. It is also recognized that local medical practice and standards of practice contribute to the use of a drug which, in the case of a new drug such as a biosimilar, carries several unknowns. That is why in many, if not most, countries automatic substitution of biosimilar with the reference product is not recommended and why Albania has to take a cautious approach to extrapolation of indications and uses. Increased awareness amongst the stakeholders regulators, prescribing physicians, medical societies, pharmacists and patients – to the barriers and plausible solutions could help improve further uptake of biosimilars. It is hoped that with increased experience, some of these uncertainties and misgivings will be overcome.

Approaching the Albanian legislation with EU legislation and with the legislation of region countries regarding biosimilar drugs. Creating a data base on the extension of use of biosimilars in Albania. Creating new cooperation bridges with the relevant Agencies of other countries to share the experiences in the field of orphan medicines.