Water is an indispensable resource in our daily activities, which is why it is constantly being recovered and reused through water treatment at the domestic, industrial and hospital levels. Some companies, depending on their waste, are obliged to carry out proper waste management, before being dumped into the drain. In the case of hospitals, there is not only talk of remediating the water but also the excessive spending that some areas handle, such as hemodialysis. Hemodialysis is an expensive treatment that allows patients with kidney failure to have an artificial kidney that is responsible for cleaning their body of toxins, performing 2 sessions of four hours per week where each session uses approximately 300l of water which flows directly into the drain. Therefore, a 70l volume wastewater treatment prototype was developed, using Polyethylene Terephthalate (PET) bottles as support. The 500ml bottles were placed in concentric shapes inside the 1.5l bottles and they were accommodated inside the reactor, so that the total number of bottles was 90, resulting in a surface area of 1.50m2, there was formation of the biofilm In the bottles in a period of time of 90 days, a ratio of residual water 60% with hemodialysis water 40% was used, after the biological treatment the results were: in Chemical oxygen Demand 19mg/l, Biochemical oxygen Demand 14.6mg/l, Total Suspended Solids of 13mg/l, Fats and Oils 1mg/l and Total Coliforms of 3NMP. Complying with the parameters established in the Official Mexican STANDARD NOM-003-ECOL-1997.

Hemodialysis is a process that replaces the physiological activities in patients with kidney failure, helping to cleanse the blood of toxins, salts, urea, creatinine, ions, high concentrations of potassium, organic salts, among others [1]. Each weekly hemodialysis patient needs three sessions of four hours on average, in addition, approximately 300l of drinking water are used for each session, previously treated to achieve biocompatibility [2,3]. The wastewater from each hemodialysis session is discharged directly into the drain, causing an impact on the environment [4]. Therefore, it is a topic of interest for the generation of new pollutant removal technologies. This project proposes the development of a compact treatment prototype, specific to achieve the treatment of hemodialysis water by means of a fixed aerobic biological reactor.

For the assembly of the prototype biological reactor, Polyethylene Terephthalate (PET) bottles were used as support, which were conditioned and perforated. The 500ml bottles were placed in concentric shapes inside the 1.5l bottles and accommodated inside the reactor as shown in (Figure 1). The established reactor was inoculated with 10l of sludge and 20l of residual water from the treatment plant of the Autonomous University of Querétaro, Airport Campus. After inoculation, it was left for 90 days for the biofilm to form in the bottles. After stabilization, the experimentation phase was started with 60% wastewater and 40% hemodialysis water.

45Bottles of 500ml and 45 bottles of 1.5ml were used, giving a total of 90 bottles as support for the growth of the biofilm, in addition, the contact area of the support was calculated with the truncated cone formula, resulting in 1.49m2. Figure 2 shows the biofilm adhered to the walls of the PET bottles, which were used as support (Figure2). The concentrations of the initial contaminants present in the test water were determined and they were compared with the concentrations at the end of the treatment, as shown in (Table 1). 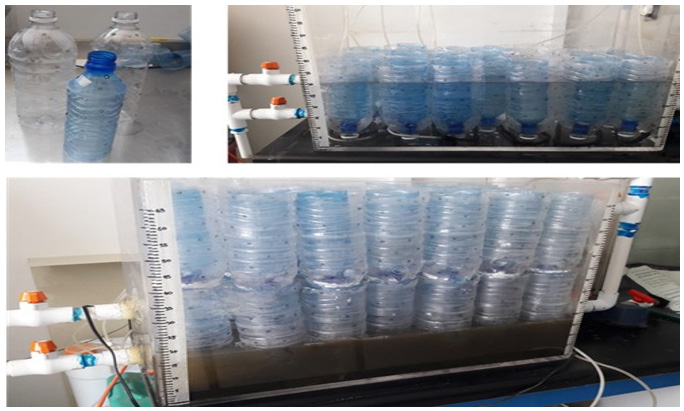 Figure 1: Assembly of the biological reactor. 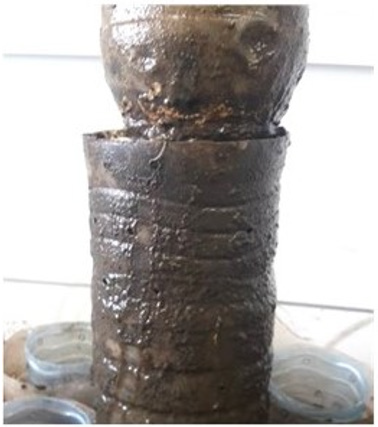 Figure 2: Fixation of the biofilm to the support.

In the fixed aerobic biological reactor, the adherence of the biofilm to the surface of the support was achieved, there was a considerable reduction in times and an abundant population growth of the microorganisms to continue with the water treatment. Being able to treat the water and respect the parameters established in the Official Mexican NOM-003-ECOL-1997, which establishes the maximum permissible limits of pollutants for treated wastewater that is reused in public services.

No Conflict of interest.