According to their way of life, nomadic people have specific relationships with time and space: it follows that they preserve a specific knowledge of nature of great interest for the world heritage of humanity.

The respective way of life of Penan (Borneo Island), Tuareg (Western Sahara) and Sorkawa (Niger River) along their itinerant life, makes them having diversified relationships with their surrounding environment, and without knowing it, with the concepts of time and space. It emerges from these relationships that nomadic people keep a specific and indepth knowledge of their surrounding environment; particular relations to time and space lead to particular knowledge of nature.

The Penan of Borneo Island

The Penan live in the dense shade of a primary forest in Borneo Island which is located in Malaysia. To avoid damaging and disrupting the order of the nature, they pick up food, wood, roots, near and around their encampment, and according to their needs; they don’t waist anything. For the same reason, once in a while they move their encampment nearby so as not to stay too long at the same place. The Penan do not know the writing, but their rich language allows them to preserve an indepth knowledge of their ecosystem, including an expertise in phenology and an amazing pharmacopoeia. The dictionary of their language, which is being written by the anthropo-linguist Ian McKenzie, will save some of their valuable knowledge [1] .

The Penan have no sharp seasons, therefore they do not know the year. In penumbra of canopy, separation between diurnal and nocturnal is confused. Given that they live from day to day, they have neither day nor future: McKenzie comes to the conclusion that the Penan are a people without time [1] . It follows from the observation of McKenzie that time is not a category of their thinking. Their nomadism of low amplitude leads us to conclude that they have a restricted spatiality. Therefore, space is not a category of their thinking. Nowadays, the lack of temporality and the lack of spatiality in primary forest population concern about 700 million people, who don’t care about when and where, and for whom time and space are not cultural phenomena. These two observations restrain the assertion about the categories of thinking of the Greek philosopher Aristotle (384-322) and the German philosopher Emmanuel Kant (1724-1804). Anyway and despite their exemplary respect for nature, the Penan are seriously threatened by the redoubtable economic stakes, which results in systematic deforestation.

The Tuareg of Western Sahara

The comparison between the destiny of the Tuareg1 and that of the Tree of Tenere is a more poetic than scientific approach, but we also love poetry. The location of the fabled tree was reported on all maps, about 300 km North-East of Agadez in the Desert of Tenere (Northern Niger). The scientific report of the Mission [2] (1959- 1960) reminds that a well was dug near the tree in 1938 by Staff Sergeant Lamote. He noticed that the roots of the thorny acacia reached the level of the water table at –35 m [2] . It makesl’Arbre du Ténéré a tremendous illustration of the succeeded surviving inside a hostile surrounding environment, thanks to an obstinate pursuit after its main source of nutriment, as well as a permanent fight against water stress. The root development is obviously not about space, instead, it’s about nutriments and water.

A « very bad water » warned the Michelin map published in 1965, but good enough for the Tree, until it was uprooted in 1973 by an irresponsible passer-by (Figure 1). The remains of the Tree are now exhibited in the National Museum of Niamey, like a collectible object. As the Tree was, Tuareg are perfectly adapted to surviving with very few, in such a way that obesity does not exist in the Sahara. Tuareg have an indepth knowledge of the desert, including the sky at night: suffice to say that, unlike the Penan, their spatiality and their temporality are highly developed, to the point of being cultural phenomena, without knowing it. In addition, they blindly rely on their camels to find the water points or to avoid traps, including the dreadfull fetsh-fetsh. Their increasing precariousness is exploited by ideological and political pressures so as to involve them in the conflict against Mali, Niger, Burkina, Nigeria, Tchad. The Tuareg culture is tragically threatened with a definitive sanctuarization, like the Tree of Tenere. 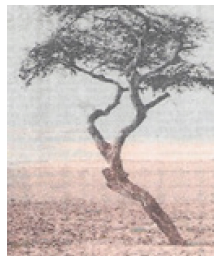 Figure 1: The Tree of Tenere before being uprooted.

The Sorkawa of The Niger River

We ow a major part of knowledge about Sorkawa [3] fishermen to the French ethnologist and film maker Jean Rouch (1917-2004) [3] , andto the anthropologist Professor Eric Komlavi Hahonou (University of Roskilde, Denmark). The nomadic fishermen Sorkawa who have no borders, navigate on the Niger River according to the rhythms of seasons: the high waters occur between November and Fébruary, and the low waters occur between April and July. They travel with family, dogs, goats and hens, on monoxyle pinnaces4 about 20 m long (Figure 2), between Timbuktu in Mali, 1500 km north of their base in the state of Kebbi in North West Nigeria and Onitsha in southern Nigeria, at 1000 km south of the Kebbi. River Nomads, a film by [4, 5], shows that nowadays all pinnaces are powered by an engine and built with assembled boards. Some of them are about 30 m long. They sail in convoy guided by a pilot to avoid shoals and currents. The Sorkawa sale and trade their fish during halts [4] . 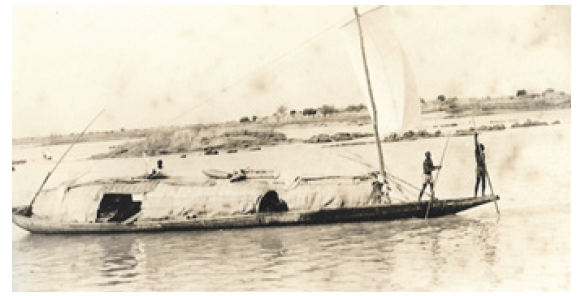 Figure 2: Sorkawa on sail and with poles, going up the Niger River upstream of Niamey (October 1966).

The seasonal migrations would have begun at the start of the twentieth century. The period from 1950 to 1980 was the most successful, before the decline towards forced sedentarization from the 1980s onwards, due to dams constructions on the river, to the institutionalized racketeering with arbitrary tax duties and unofficial paying checkpoints, and to overfishing since the nofishing periods have been abolished [4]. The spatiality and the temporality, which are partly imposed by the alternances of the river, are hypertrophied: time and space are cultural phenomena, without knowing it. This nomadism over very long distances make that many Sorkawa are polyglot: they speak Hausa, Djerma, Songhaï, Peuhl, some English, and French for a few.

A specific way of life leads to specific relations with cultural phenomena of space and time, and ultimately to specific knowledge about nature: the Penan who succeeded in developing an accurate language about nature, including a pharmacopeia; the Tuareg with their deep knowledge of the desert and the sky ; the Sorkawa with their specific knowledge of the Niger River, several languages spoken, and the richness of various social exchanges all along the River. Unfortunately, the Penan, the Tuareg and the Sorkawa, are all on the way to vanish; because of the economic war against the Penan in order to seize and exploit their lands; because of negative influence on Tuareg; because of corruption to the detriment of the Sorkawa, and because of the decline of their traditional culture. These people are hardly threatened with extinction; an extinction which would lead to a gradual destruction of the precious cultural diversity, and an impoverishment of Humanity.