Introduction/Aim: The incidences of medicinal plant toxicity in the society are becoming serious in the society. There is the need for scientist to determine the toxicity profile of most is therefore very important. Terminalia Chebula is traditionally is found in natural colon cleansers and used in treatment of constipation, digestive disorders, irregular fevers, flatulence, ulcers, vomiting, colic, and hemorrhoids. In this study the effect of subacute administration of Terminalia Chebula on the brain, spleen, and stomach were evaluated.

Method: Rats of either sex were selected. Group 1 received distilled water (10 ml/kg), while group 2, 3 and 4 received Terminalia Chebula 200, 400 and 800 mg/kg respectively. Animals were kept in standard cages and given access to the extract, water and food orally for 28 days, after which they were weighed and sacrificed. Blood was collected by cardiac puncture and taken immediately for hematological and chemo pathological analysis. The brain, spleen, and stomach were also harvested for histological study of the effect of the plant using haematotoxylin and eosin (H&E) staining technique.

Result: There was Significant (P<0.05) decrease in RBC, HGB, MCV, while there was no change in the level of neutrophiles, basophiles, eosinophiles and platelets. The size of the brain, spleen and stomach were observed to be slightly significantly (p<0.05) increased in rats with dose level of 400 mg/kg, while there was no significant (p<0.05) change observed at the 200 and 800 mg/kg dose. Histopathological examination of the brain and stomach showed normal features at all doses. The spleen showed Slight lymphocyte hyperplasia at all doses and normal features at the control (10 ml/kg).

Conclusion: Result of the study suggests that care should be observed when taken this herb.

The human brain is the body’s control center, receiving and sending signals to other organs through the nervous system and through secreted hormones [1] . It is responsible for our thoughts, feelings, memory storage and general perception of the world. The stomach secretes acid and enzymes that digest food. Ridges of muscle tissue called rugae line the stomach. The stomach muscles contract periodically, churning food to enhance digestion. The pyloric sphincter is a muscular valve that opens to allow food to pass from the stomach to the small intestine [2] . The spleen is the largest organ in the lymphatic system. It is an important organ for keeping bodily fluids balanced, but it is possible to live without it [3] (Figure 1). 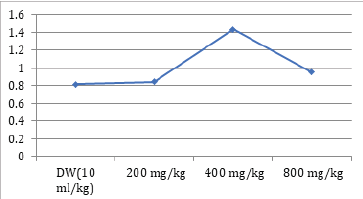 The spleen is located under the ribcage and above the stomach in the left upper quadrant of the abdomen [4]. A spleen is soft and generally looks purple. It is made up of two different types of tissue. The red pulp tissue filters the blood and gets rid of old or damaged red blood cells. The white pulp tissue consists of immune cells (T cells and B cells) and helps the immune system fight infection. The degree of the toxic effect is not the same in all organs of the body because drugs are distributed differently across body tissue [5]. Usually there are one or two organs which show the major toxic effect. These are referred as target organs of toxicity of the particular substance. It is therefore important to determine the safety and toxicity of plant drugs in different body part. Subacute toxicity tests are intended to evaluate the toxicity of the chemical after repeated administration and also to help in establishing doses for the longer-term subchronic studies [5]. Terminalia chebula tree is about 50-80 feet tall in height [6]. It has round crown and spreading branches. The bark is dark brown with some longitudinal cracks. Leaves are ovate and elliptical, with two large glands at the top of the petiole. The flowers are monoecious, dull white to yellow, with a strong unpleasant odour, borne in terminal spikes or short panicles. T. chebula is found in the Sub Himalayan tracks from Ravi eastwards to West Bengal and Assam, ascending up to the altitude of 1500 m in the Himalayas (Figure 2). 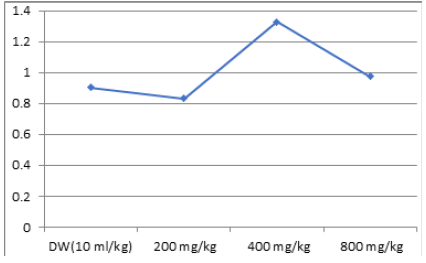 This tree is wild in forests of Northern India, central provinces and Bengal [7]. The tree is also spread across Africa. The fruit is mild laxative, stomachic, tonic, alterative, antispasmodic [7,8]. It is useful in ophthalmic, hemorrhoids, dental caries, bleeding gums, ulcered oral cavity. Its paste with water is found to be anti-inflammatory, analgesic and having purifying and healing capacity for wounds. Its decoction is used as gargle in oral ulcers, sore throat. Its powder is a good astringent dentifrice in loose gums, bleeding and ulceration in gums [9]. It is good to increase appetite, digestive aid, liver stimulant, stomachic, gastrointestinal prokinetic agent, and mild laxative. The powder of T. chebula fruits has been used in chronic diarrhea. It is used in nervous weakness, nervous irritability. It promotes the receiving power of five senses. It is adjuvant in hemorrhages due to its astringent nature and good for chronic cough, chorizo, sore throat as well as asthma. Also it is useful in renal calculi, dysurea, retention of urine and skin disorders with discharges like allergies, urticaria and other erythematous disorders. Because of the wide use of this plant, the aim of this study is to evaluate the sub-acute toxic effect of the ethanol leaf extract of Terminalia chebula on brain, stomach and spleen of Wister rats [7-9] (Figure 3). 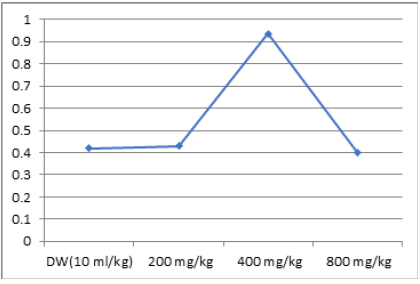 The leaves were shadow dried for two weeks. The dried plant material was further reduced into small pieces and pulverized. The powdered material was macerated in 70% ethanol. The liquid filtrates were concentrated and evaporated to dryness at 40°C in vacuum using rotary evaporator. The ethanol extract was stored at -4°C until used.

Twenty four (24) rats of either sex (125-300g) were selected and randomized into four groups of six rats per group. Group 1 served as the control and received normal saline (10ml/kg) while the rats in groups 2, 3 and 4 were giving 200, 400, and 800 mg/kg of extract respectively. The weights of the rats were recorded at the beginning of the experiment and at weekly intervals. The first day of dosing was taken as D0 while the day of sacrifice was designated as D29.

The amounts of feed and water consumed were measured daily as the difference between the quantity of feed and water supplied each day and the amount remaining after 24hours.The rats were sacrificed on the 29th day of experiment organs were harvested for further gross histo-pathological analysis (Figure 4). 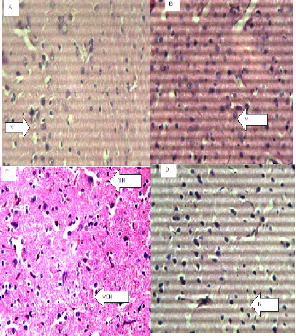 Data were expressed as the Mean ±Standard Error of the Mean (SEM). Data were analyzed statistically using one-way Analysis of Variance (ANOVA) followed by Dunnett’s post hoc test for multiple comparisons between the control and treated groups. Values of P≤ 0.05 were considered significant (Figure 5) & Figure 6. 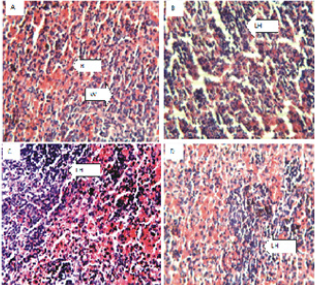 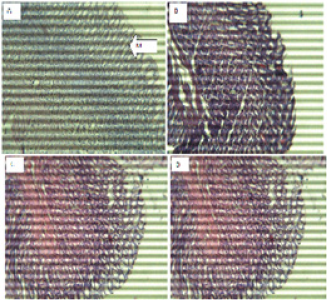 In the 1st, 3rd and 4th week significant (p<0.05) increase was observed at 200 mg/kg dose level by ethanol leaf extract of Terminalia chebula, while in the 2nd week there was increase in body weight by the extract but not significant when compared with the control (Table 2).

The brain, spleen and stomach were observed to be significantly (p<0.05) increased in rats with dose level of 200 mg/kg of the ethanol plant extract. At higher doses of 400 and 800 mg/kg there was no significant (p<0.05) change (Table 3).

Effect of oral administration of ethanol leaf extract of Terminalia chebula on histology of Brain, Lungs, Spleen and Stomach of rats

Herbal medicine is becoming popular particularly in developing counties and there is an increased interest in green medicine simply because it is considered safe relative to conventional medicines [10-12]. Traditionally, plants and plant extracts were used to cure many diseases and disorders. However, before usage it is of utmost important to ensure its safety [13,14]. The extract may be therapeutically very efficient but if its toxicity assessment is not worked out, it will not be accepted. Hence, toxicity assessment of plants with proven therapeutic use is of utmost important [13]. Toxicity data are required to predict the safety associated before the use of medical products [13-15].

Hematological parameters are useful indices that can be employed to assess the toxic potentials of plant extracts in living systems [16,17]. They can also be used to explain blood relating functions of chemical compound/plant extract. Present result showed that ethanol leaf extract of Terminalia chebula caused a reduction in the level of red blood cells, hemoglobin, hematocrit, mean corpuscular volume, mean corpuscular hemoglobin and mean corpuscular hemoglobin concentration which means that it can significantly reduce oxygen carrying capacity of the blood and thus cause anemia. Anemia is a condition where the blood has insufficient red blood cells to carry oxygen from the lungs to the rest of the body or not enough hemoglobin [18-20] the iron-rich protein that carries oxygen inside the red blood cells and gives blood its red color [21-24]. Anemia takes several forms and may vary in severity and duration [22,24]. Also reductions in packed cell volume (PCV) and red blood cell (RBC) were also observed in rats administered with the extract. This implies that Terminalia chebula could cause disturbances in osmoregulatory system of the blood cells and/or oxidative injury to the cell membrane. The extract could suppress the haemopoietic system. The reduction may have also occurred due to lysis of blood cells. Sule et al. [25] also observed decrease in RBC, PCV, hemoglobin and lymphocytes in rats fed with extracts of Acalypha wilkesiana. The major functions of the white blood cell and its differentials are to fight infections, defend the body by phagocytocis against invasion by foreign organisms and to produce or at least transport and distribute antibodies in immune response [26]. The extract had no effect on white blood cell parameters, suggesting that it does not disturb or improve immune system. In this study, there was significant increase in the mean body weight ratio of brain, stomach and spleen of Wister rats administered with ethanol leaf extract of Terminalia chebula at 400 mg/kg dose below and beyond which there was no effect. The probable reason could be that the plant extract has some toxicity effects on these organs which tend to increase their sizes. This may also suggest that the plant may have a biphasic tendency. That is, at a particular dose it has an oxidant effect, while at higher dose it may be reversed or act as an antioxidant. In addition, reports indicated that tannins, saponins, volatile oils, saponin glycosides and alkaloids were detected in fresh and dried samples of Terminalia chebula [19,26- 28]. Histology observation also agrees with other parameters that the plant extract may be deleterious at some doses while at other doses, the plant may be safe.

Though, biochemical analysis was not carried out in this work, result suggests the need for caution while consuming the plant. It is also important to establish the right dose that will be beneficial for the purpose intended. Further work that will include biochemical study may be done to give a better and broader insight on the possible activity of Terminalia chebula in the body.